Microsoft could be grabbing developers for Google Cardboard rival at hackathon 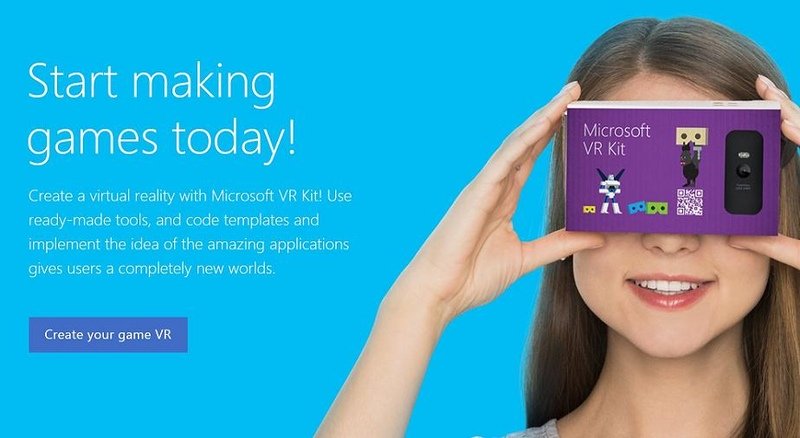 Microsoft's HoloLens is perhaps the most impressive demonstration of what VR could become in the not-so-distant future, but it's sure to arrive with a cost out-of-reach for most ordinary folk. Google Cardboard, on the other hand, is an incredible example of how to create a VR experience yourself or for just a small amount of your local currency.

The uphill battle the entire VR industry faces is proving that virtual reality is worth it and not just a gimmick as it has been in the past. Few people will take a risk spending their hard-earned cash on a device like HoloLens - until it's proven - but most will give a cheap piece of cardboard a go.

So although it should be simple to get a cardboard VR solution onto users' faces, a great experience has to also be delivered within its technical constraints if there is going to be a chance of convincing the general consumer to invest their cash into a more expensive device like HoloLens or Oculus.

Microsoft seems to recognise this and looks set to launch a competitor to Google Cardboard. An image on a webpage promoting a hackathon in Moscow showed a female wearing a cardboard box over her eyes – similar to Google's – but with Microsoft branding and containing a phone which resembles the Microsoft Lumia 930.

That page has since been taken down after the image caused speculation and excitement. The website had a lot of effort put into it, and even featured code which changed an image showing wearers of a virtual reality headset being put into different environments whenever it was clicked. Although the site was primarily in Russian, one English word stood-out... "Cardboard".

What makes this interesting in particular is that Microsoft doesn't appear to be covering-up that its new kit is a Cardboard rip-off, or the world itself would at least be in Russian. In some ways this is respectable as it's at least a clear homage to Google's invention, but whether the company sees it that way is another question!

Although it seems as if Microsoft will be handing out Cardboard-like kits at the hackathon, the invite requested developers to enter the competition to create educational and corporate apps and games using something called VR-Kit. The kit could be used to begin creating simple versions of applications for use with HoloLens when it arrives; allowing the device to launch with a good app library for use in classrooms and the workplace.

Why do you think Microsoft would launch a Cardboard rival? Let us know in the comments.