The 48-hour session brought together designers and developers... 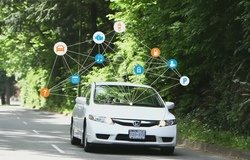 Mojio, an open platform for the connected car, is running a virtual 'Hack Your Ride' hackathon between June 16th - August 10th. Entries need to make "strong use" of Mojio’s platform for connecting cars and integrate APIs from the AT&T Developer Program.

As of writing, this leaves participants 54 more days to submit their entry which should leave plenty of time for hackers to...

'Futurethon' aimed to fix droughts and other civic issues

Hosted at the Los Angeles Department of Water and Power (LADWP) in downtown Los Angeles, the Futurethon was a collaborative effort aimed at finding solutions for droughts but expanded its focus to find solutions to other civic issues in the areas of health, immigration, and transportation.

Dozens of individuals attended the weekend event on June 6th - 7th to find innovative solutions to...

MirrorLink is the only OS and OEM-agnostic standard for car-smartphone connectivity and helps to empower consumers with new ways to link with their devices. The standard is maintained by the Car Connectivity Consortium (CCC) who hosted a three-day hackathon in Paris.

The competition drew 21 teams of more than 90 developers who each battled it out to advance the connected-car and its...

PCH hackathon in Canada invited hackers to "create the next Pebble" 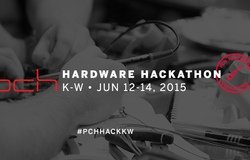 Over the course of 54 hours, the organisers of the PCH hackathon in Canada challenged innovators to create the next big tech hardware product and follow in the footsteps of recent hit devices such as the Pebble smartwatch and Nest thermostat.

The event held at the Tannery Event Centre in Kitchener this past weekend was graced with around 100 people consisting of engineers, software designers, and entrepreneurs who all put their talented minds together in order to create a hardware... 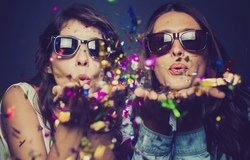 Last month we reported US-based media giant NBC Universal will be holding a hackathon in London in the search for new innovation under the theme of "The Future of Content Creation, Distribution, and Monetisation in a Connected World".

The event was a resounding success, and more than 100 people attended June 6th - June... 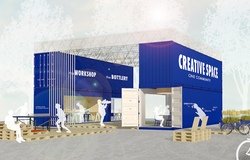 With a focus on finding solutions to environmental problems, The Absolut Company are transforming old storage containers into 'Creative Space' where talented minds can meet for hackathons and come-up with innovative new ways to ensure a sustainable future.

Creative Space brings together selected developers, engineers, designers, and students to participate in a unique environment which should foster ideas.

Interested parties sent their applications between May 11th - June...

Detroit, otherwise known as "Motor City" for its hardened traditional workforce, is looking to move beyond its automotive roots and transform into a cutting-edge beacon for technology. To help spark this bold new era, Sprinkle Camp are providing developers with a a weekend-long all-expenses-paid hackathon.

Sprinkle is a team of New York-based team of designers, developers, and... 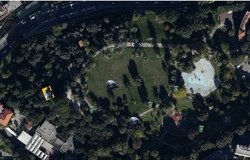 The Internet of Parks (IoP), a system of automated robots designed to clean city municipalities, has won first prize at the latest TM Forum Hackathon.

The hackathon, the second in TM Forum’s history, ran under the theme of “smart citizens in a smart city”, bringing enterprise developers, designers and technologists together under one banner. It included sponsors such as Orange, IBM, Ericsson, FIWARE and Team Cote d’Azur.

IoP works in the French city of Nice, ranked as the... 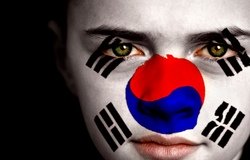 The first 'Hackathon' in Korea kicks-off on Friday at the Pangyo Techno Valley high-tech industrial complex in Gyeonggi-do, and will last for three days. Around 1,000 college students are due to attend the event to share their ideas on a certain topic and produce innovative outcomes with the ideas within a set time. 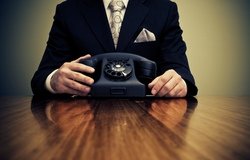 Global telecoms hackathon, TADHack, will be retuning to 14 cities on the 13th June to pit some of the world's most talented teams against one another in order to build a software-centric telecom application developer ecosystem.

Now in its second year, the Telecom Application Developer Hackathon will once again connect to each of...

PubHack lets you combine your love of code and beer

A 10-hour digital hackathon called ‘PubHack’ is being held in various pubs around Portsmouth with the aim of transforming those great (and not so great) alcohol-fuelled ideas into reality. The next event is taking place at the Fat Fox in Portsmouth on 25th June.

We all appreciate the genius ideas born from pub banter. PubHack is a 10 hour tech based hackathon which lets... 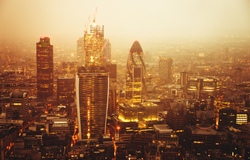 A hackathon which aims to foster innovation in digital imaging is being held in London and has attracted photography experts Canon as a key sponsor for the event. The ‘Hack the Visual’ event will be at the IDEALondon co-working space between 26 - 28th June and is being organised by the Imaging Mind community.

IBM and Wimbledon double-up for 2015 hackathon

Wimbledon, the iconic tennis championship, is partnering with IBM to host a hackathon aimed at transforming the experience for viewers all over the globe through the use of IBM Softlayer’s Cloud and BIue Mix developer platforms.

The event is being hosted at the Condé Nast college of fashion & design on the 10th and 11th June and will...

Automation Alley, organisers of #Hack4Detroit, has announced the winner of this year's smart city hackathon will be strutting away with a $5,000 grand prize. The 24 hour event begins at Grand Circus Detroit at 7pm on June 12th and allows coders to use city data to help benefit Detroit.

Earlier this month, supermarket giant Tesco held a hackathon at their HQ with the aim of improving customers' retail experience and making the task more enjoyable.

The winner, TescoFoodie, delivered across the board. It is a recipe app built by a team from global management consultancy, Kurt Salmon, and mobile integration specialists Mobispoke, with support from IBM and a Tesco store manager. Rather than just providing a selection of recipes, the app learns about its... 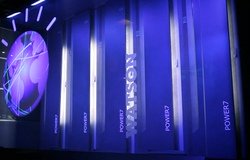 IBM Watson is perhaps the world's most famous supercomputer, and has incredible cognitive abilities more akin to a human brain thanks to its powerful analytics. Of course this amount of potential is only utilised with the right applications, and so the first-ever Watson Hackathon was held earlier this year during IBM’s World of Watson conference.

Working in collaboration with NUI Central, the hackathon brought together talented teams of UX/UI designers,... 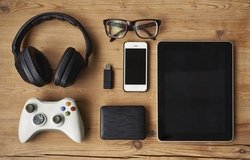 A bunch of talented professionals called 'Gamification World' aim to solve societal issues around the world through making solutions more interesting via the medium of gaming. Gamification, of course, is adding gaming elements to an otherwise boring task - unfortunately that match of Call of Duty you play in your spare time isn't going to solve real-world problems. 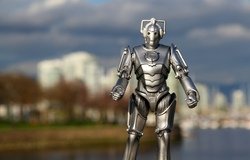 Last month we reported that the BBC were set to hold a hackathon in Cape Town with the aim of making the broadcasting giant's audio more accessible through utilising existing and cost-effective technologies like Raspberry Pi, audio streaming, software defined radio, and podcasts to deliver content to...

Four young female coders from Porta Allegra in Brazil have won the  IGNITE International Girls Hackathon with an anti-harassment app called Não Me Calo. In English, the app's name is "I will not shut up" and allows its users to review restaurants based on whether they treat women with respect or harass...